Cigarettes Are Now Linked to Adult Acne in Women 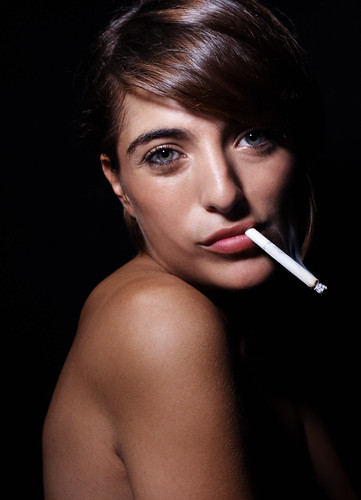 Smoking isn’t healthy, that’s a given. Cigarettes are linked to premature aging of the skin, cancer, and extensive damage to your bank account (the average smokers spends over $2,000/year on cigarettes).  If increasing smoking taxes and restrictions, aging skin and the possibility of dying weren’t enough; scientists have no linked smoking to adult acne in women.

The study, which was published in the Journal of American Academy of Dermatology, found that 66.3% of women with acne were cigarette smokers. The most common type of acne found during the study was not the inflamed, cystic type, but rather blocked pores and large blackheads known as comedonal post-adolescent acne (CPAA). It was previously believed that cystic acne was more common in women than CPAA, however, the researchers proved otherwise.

Of the women studied with CPAA, an alarming 72.9% identified themselves as smokers. The study also found a strong link between daily cigarettes smoked and the severity of CPAA, however, cystic acne was not affected by tobacco use.

“This study also shows an interesting link between a specific type of acne and smoking. All of these findings will hopefully provide people with an extra incentive to quit,” said Dr. Colin Holden, President of the British Association of Dermatologists.

According to the American Heart Association, 21.1 million American women (18.3 percent) smoke cigarettes. If the deadly downfalls and skyrocketing costs of this unhealthy habit aren’t enough to make you quit, maybe vanity is. For Naples residents who are interested in quitting smoking, there are many resources available for support. Tobacco Free Florida offers 24/7 support and advice for anyone who is trying to quit smoking.