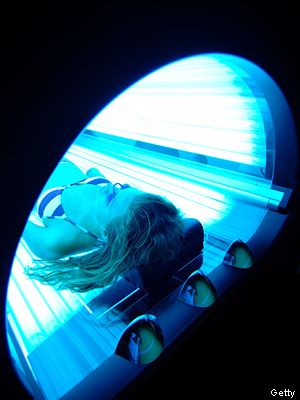 The most recent study released on indoor tanning beds suggests its users suffer an addiction that resembles that of drugs and cigarette. In the study, researchers Sharon Danoff-Burg, PhD, of the University at Albany, and Catherine E. Mosher, PhD, of Memorial Sloan-Kettering Cancer Center, polled 421 students at a Northeastern college in regards to their indoor tanning habits.

The above mentioned students were given a questionnaire normally used to identify drug and alcohol addiction. The survey was reworked to accurately reflect the subjects’ relationships with indoor tanning. Of the 421 students, 229 had used tanning beds.  Of the 229 subjects, 160 met the researcher’s criteria for tanning addiction.

According to the results, more than one-third of students were considered tanning addicts based on the questionnaire that measured their levels of depression, anxiety and substance abuse in relation to their tanning habits. Additionally, the study claimed that students addicted to tanning beds were also more incline to have increased anxiety and abuse other addictive substances. “In addition to appearance enhancement, motivations [for tanning] include relaxation, improved mood, and socialization,” the researchers concluded.

While opponents have qualms about the study’s definition of addiction, it is not surprising that people can be addicted to something that is potentially deadly. After all, your average addiction is to alcohol and drugs, not fruit and vegetables.

Since research is regularly released proving the harmful effects of indoor tanning, it is imperative for consumers to examine different options to obtaining that summer glow (i.e. spray tans, bronzers). While taking added measures to prevent harmful exposure to UVA and UVB rays is essential, it is also crucial to have regular check-ups with a physician to uncover early signs of skin cancer. For Naples residents, it is also important to understand the harmful side effects of the hot Florida sun and the increased risks of skin cancer.