CoolSculpting® Is About to Get Cooler With New Treatment Option 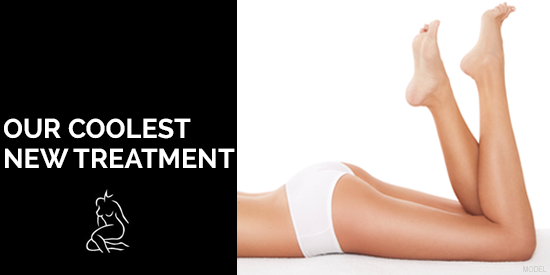 What’s cooler than CoolSculpting? I suppose getting the same great results at our Naples practice in nearly half the time would qualify. That will be possible in the near future. ZELTIQ®, the company behind CoolSculpting, announced in late January it has received FDA clearance to perform CoolSculpting at lower temperatures using a new applicator, resulting in shorter treatment times.

The new applicator, called the CoolSmooth PRO™, represents an upgrade to the past surface applicator that’s designed to treat those “non-pinchable” fatty areas, such as the outer thighs. Another applicator, called CoolFit®, squeezes pinchable fat between 2 plates using vacuum suction to produce consistent results.

The new treatment option, which will be available in a few months, is sure to be popular, but there’s no need to wait on scheduling a CoolSculpting treatment. In fact, undergoing the fat-freezing procedure in the early spring will ensure you’ll see results by summer, because fat gradually melts away in the weeks and months following the treatment.

Freeze Away the Fat

This is a 39-year-old woman who wanted to get rid of the bulge that hung over her jeans when she sat down. She chose Aesthetic Plastic Surgery in Naples because Dr. Hasen was the only plastic surgeon in the area offering CoolSculpting.

As you can see in our photo gallery of patients who have had CoolSculpting treatments, the results are dramatic.

If you’re not familiar with CoolSculpting, the treatment begins by identifying areas of the body where patients are bothered by stubborn fat pockets that don’t respond to exercise and good nutrition habits. Love handles, “muffin tops” in the abdominal area, inner and outer thighs, and “bra rolls” are the primary targets.

The genius of CoolSculpting, which was developed by Harvard researchers, is that it cools fat cells to the point where they begin dying off without damaging the skin or other surrounding tissue. As fat cells die, they are naturally absorbed and processed by the body’s lymphatic system. That usually takes 2 to 4 months. Because CoolScultping is non-invasive, there’s no downtime required after the treatment.