The Madonna Lift: Brighten Your Eyes Without Surgery The thin, tissue paper-like skin around the eyes is an extraordinarily common area of concern among men and women in my Naples cosmetic surgery practice, especially those older than 40. In the past, the only way to significantly improve this area was surgery. For this reason, I’m proud to offer an alternative: the Smartskin+™ fractional laser system. Although Smartskin+ can be used on a variety of areas of the face and body, it’s especially useful around the eyes in a procedure called a non-surgical eyelid lift, or “Madonna Lift.”

Developed by Dr. Bruce Katz, New York-based dermatologist, it’s especially appropriate for patients who are bothered by any combination of the following:

Fractional lasers such as Smartskin+ work by delivering microscopic columns of light to the surface of the skin. This powerful light stimulates the skin’s natural healing processes, causing the speedy development of new collagen and other tissue. Because the laser energy is administered through such small channels, there’s not much required downtime.

During your appointment, we use a topical anesthetic to keep you comfortable, and we apply special shields to your eyes to protect them from the powerful light. We use a handpiece to direct the laser to the targeted areas of your skin. The procedure doesn’t typically last more than an hour, and you should be able to get back to your regular routine immediately. You may experience some swelling and redness for up to a week after treatment, which can be covered with makeup after 2 days.

Because the skin around the eyes is so delicate, we prefer to perform the Madonna Lift as a series of 3 or 4 treatments, spaced about a month apart, making it especially appealing to men and women who want localized rejuvenation around their eyes but don’t want the downtime associated with surgery. 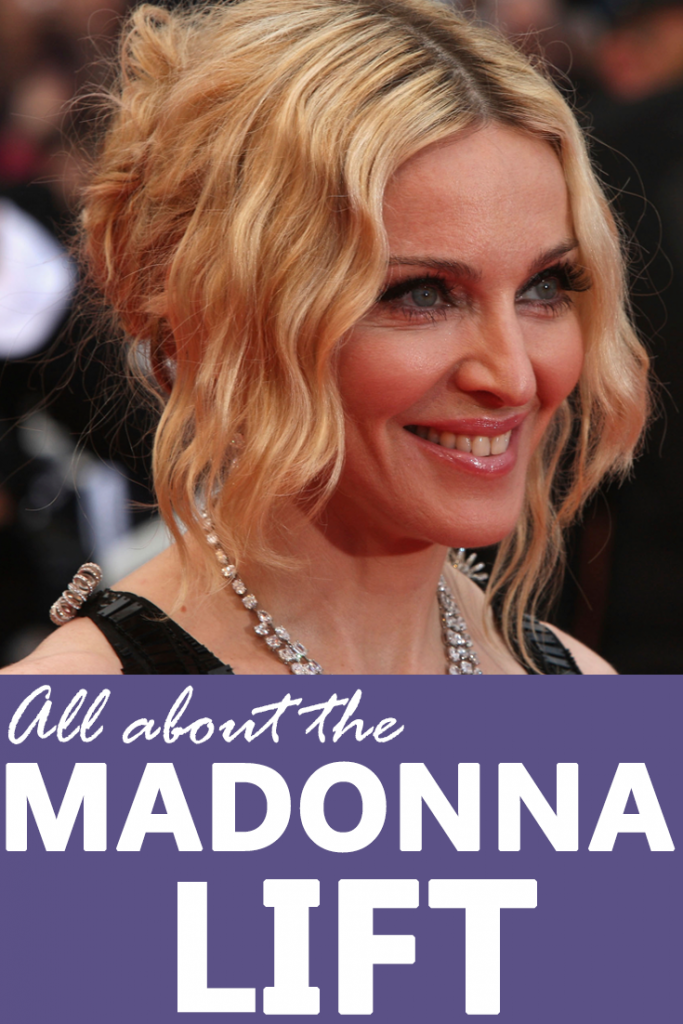 One Response to The Madonna Lift: Brighten Your Eyes Without Surgery